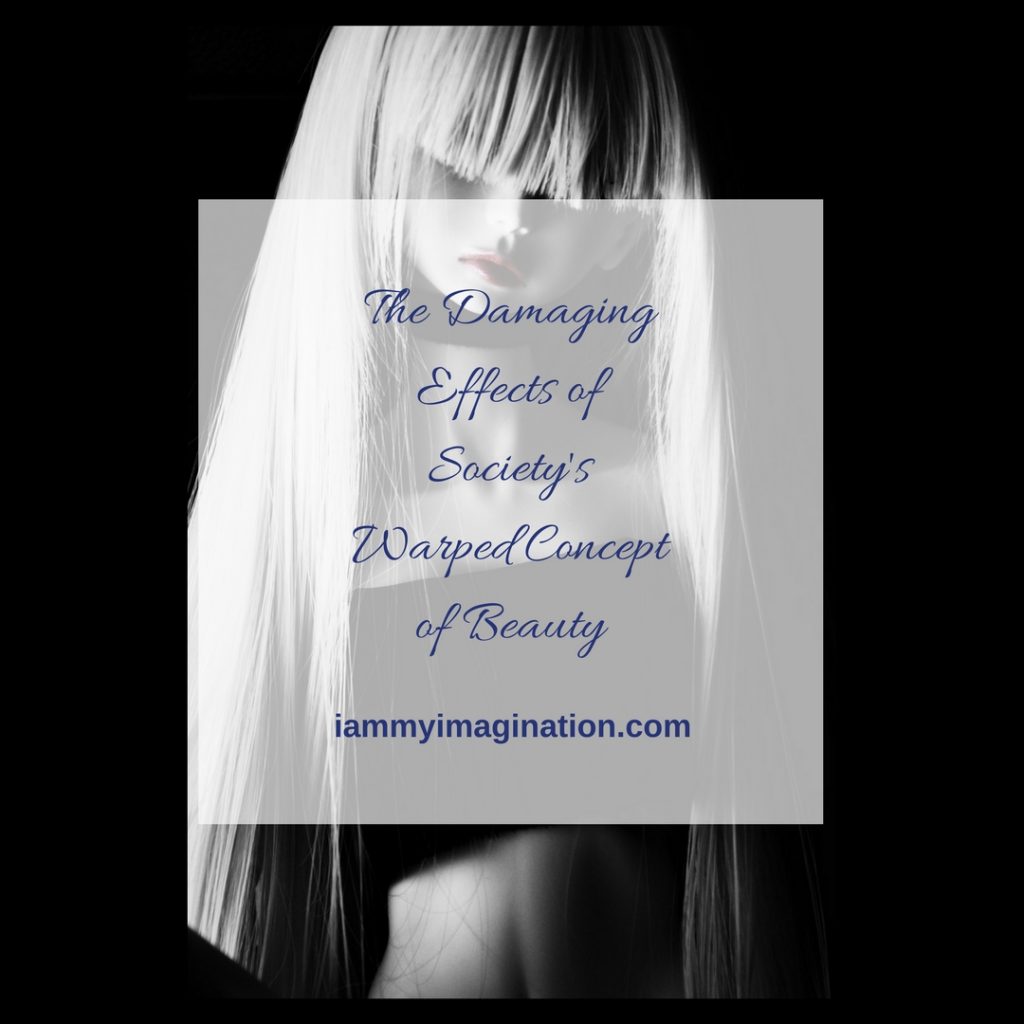 We often hear that beauty is only skin deep.

I say ugliness travels to the bone.

The reason I felt compelled to write about this topic is because people are understandably pissed off over the recent behavior of a Playboy model.

She took a photo of a naked woman at the gym, posted it on Snapchat and said something to the effect that “if she couldn’t unsee this, neither should you.”

It went viral. Naturally (and deservingly), the public has chastised her for it.

Her actions caused the invasion of privacy of an innocent woman. She was cruel to someone’s mother/ sister/ wife/ daughter because of her distorted ideas of what the human body should look like.

She behaved like one of those mean girls from high school, except she’s 29.

Personally, I think her actions were disgusting.

So while I’m finished discussing her for the time being, I’m going to continue on to talk about how we view beauty. What society has taught us about self-worth and the impact this has on us.

The Damaging Effects of Society’s Warped Concept of Beauty

I’ve been in the health and fitness industry for several years.

But before I got involved with all of that, I was severely overweight. I also had eating disorders.

Now I don’t have any lingering emotions about my past body image issues or any of the suffering I endured.

The entire experience was part of the contrast necessary to lead me to paths of higher awareness. I wouldn’t change a thing about yesteryear because I wouldn’t have the knowledge and wisdom I have today if it hadn’t been for my past experiences.

I’m completely over being sick and fat.

I’m grateful for the experience itself, and now I’m here to blast the bullshit clouding yours and everyone else’s vision regarding true self-worth.

My work in the health and fitness industry doesn’t focus on how people ought to look. I teach people how to embrace well-being from a place of self-awareness.

I talk about consciousness, assuming personal responsibility for ourselves and freeing our minds from the thoughts and beliefs about who we are and what it means to be a genuinely healthy individual.

True wellness is a state of being. It comes from within.

Once that’s clear, the behaviors shift naturally. I get into all of this in the healthy living section of the blog.

For the most part, society’s standards of health and fitness have to do with having a bikini body or a chiseled chest.

There’s nothing wrong with any of that in and of itself. It’s great to have self-confidence and enjoy your body. It’s nice to feel a sense of pride regarding your appearance. Anything that brings joy to your life is a plus.

But when this causes harm for yourself and others, it’s a problem.

And given how cruel we are toward ourselves and one another, I think it’s abundantly clear we have a huge problem on our hands.

We have some pretty warped ideas about what defines beauty. And from what I’m observing, it’s about time we look these concepts square in the face and question them once and for all.

How Do We Define Beauty?

Have you ever asked yourself that question? What makes something or someone beautiful?

Would you even know what beauty is if you didn’t already have a preconceived notion of it?

Before you rush to answer that, I’d suggest giving it some thought.

You see, chances are, you’ve grown up looking at the same billboards, magazines and television sets that I have.

The styles may have changed, and the body types have as well.

What many of us considered attractive 30 years ago doesn’t apply now. If it did, we’d still be wearing mullets.

But there is one common theme taking place – and it doesn’t matter what decade or generation we’re talking about.

Everywhere we look, we are fed an idea of what it takes to be beautiful – and admired for it.

If we don’t feel loved and accepted by others, even those we don’t know personally, we assume there’s something wrong with us.

If you ponder over the question I asked, then I think you’ll see that for the most part, we’ve been basing our ideas of beauty on what society advertises at any given time.

I’ll admit that I have compared myself to the beautiful people in the posters, magazines, television shows and runways for decades and so has everyone else I’ve ever known. And surprise surprise – NONE of us seem to win that competition.

Because the ones we’re competing against aren’t real!

The models and celebrities we so painfully try to emulate don’t even look like themselves in real life.

And you can bet that when an unflattering image of them hits the newsstands, they are ridiculed and torn apart over it.

So let’s take this one step further and say that perhaps we’re guilty of comparing ourselves to our co-workers/ classmates/ siblings, etc. They aren’t photoshopped, correct?

Well, this may be true. However, there’s a point to be made here.

And you may know this too – although I wouldn’t put it past you to have at least wished for it at one time or another.

Again, I know I have.

In the past, I’d been pretty tough on myself for not having the features that were considered ideal at one time or another. It all depended on what was “in” at the time, and since I didn’t know any better, I believed it.

Who was I to argue with magazine editors?

So let’s unravel another layer of this nonsense and suggest that it’s ok to wish simply to be “better than we used to be” or “as thin/ attractive as we once were.” Seems harmless enough since we’re comparing ourselves to ourselves, right?

Well, not really and here’s why:

In any of the aforementioned circumstances, we are telling ourselves that regardless of who we’re comparing ourselves to, we aren’t worthy unless we look a certain way. And while this may seem like a normal perspective to us, it isn’t productive.

Trying to compare our current bodies to the ones we had back then is unrealistic.

A 40-year-old man or woman is in an entirely different stage of their lives than a 20-year-old is. Chemical and hormonal changes have occurred. Lifestyles and goals are different.

This isn’t meant to imply we shouldn’t be healthy, balanced and in decent shape. It’s our responsibility to take care of ourselves.

But there’s a fine line between self-worth based on what others approve of and what true self-care and respect are.

How to Incorporate Balance

Do we ever question our beliefs?

Are we even aware that it’s an option?

Probably not – although now is as good a time as any to figure it out.

What if it turns out that the way we have been determining our self-worth is from a foundation that’s shaky at best and extremely damaging at worst?

The eating disorders, which have been going on for decades, haven’t slowed down regardless of the resources and counseling that have been available. The weight issues that plague our society have only gotten worse (for several reasons) and given the example I used at the beginning of this post; we certainly aren’t being any nicer to one another.

While the model I talked about earlier is a clear example of how we treat one another based on our appearance, I think it’s safe to say we’re probably even harder on ourselves. We’re basing our self-worth on the standards set by the ego.

The ego is nothing more than the identification with form. We confuse our real selves with this persona – the character we play while we’re here.

It serves a purpose, but it’s not meant to be in charge.

When we’re clear about how we allow the ego to run our lives and control our minds and subsequent actions, we’ll start seeing things from a much larger perspective.

Is There a Solution?

But it’ll take some work. It’ll involve reassessing how we view ourselves, others, the world and a willingness to do some internal deconstructing of our belief systems.

Then it’ll require an open mind. One that’s willing to follow the road less traveled regarding what it means to be an evolved, rather than just a civilized individual.

Unfortunately, beating ourselves up doesn’t do much regarding self-improvement. If it did, we’d all be saints.

Now as much as you may not like to hear this, I also think it’s counterproductive to take on the idea that just because body shaming is uncool and asinine that it’s ok to let yourself go and not take care of yourself.

When people abuse themselves, everyone suffers. That’s just the way it is.

What I’m suggesting is that we stop allowing society to think for us and instead, use some common sense when it comes to our well-being.

To put this in practical terms and offer a few solution based behaviors, consider doing the following:

The light that shines from within you is what makes you gorgeous. Your heart, your humor, and kindness – that’s what this crazy world needs more of.

If you’re worried that the guy or girl won’t want you because of the way you look, then fuck ’em.

You could be a 28-year-old “brick house” when they fall in love with you, but would you want to worry about them leaving you once you have kids or get sick someday and your appearance changes?

So sure, take care of yourself. Treat yourself with dignity and respect.

Tune the rest of the nonsense out.

Don’t be a mean girl/ guy. Acting like an asshat doesn’t make anyone hot.

People like that just show the rest of us who they really are – someone who’s clearly overcompensating for an insecure, broken, and distorted inner world.

That’s what I mean when I say “ugliness travels to the bone.”

And lastly, if you need some help concerning your well-being, don’t hesitate to contact me.

This is what I do.

Have I explained this clearly? Do you see how silly it is to base your worth on your appearance? 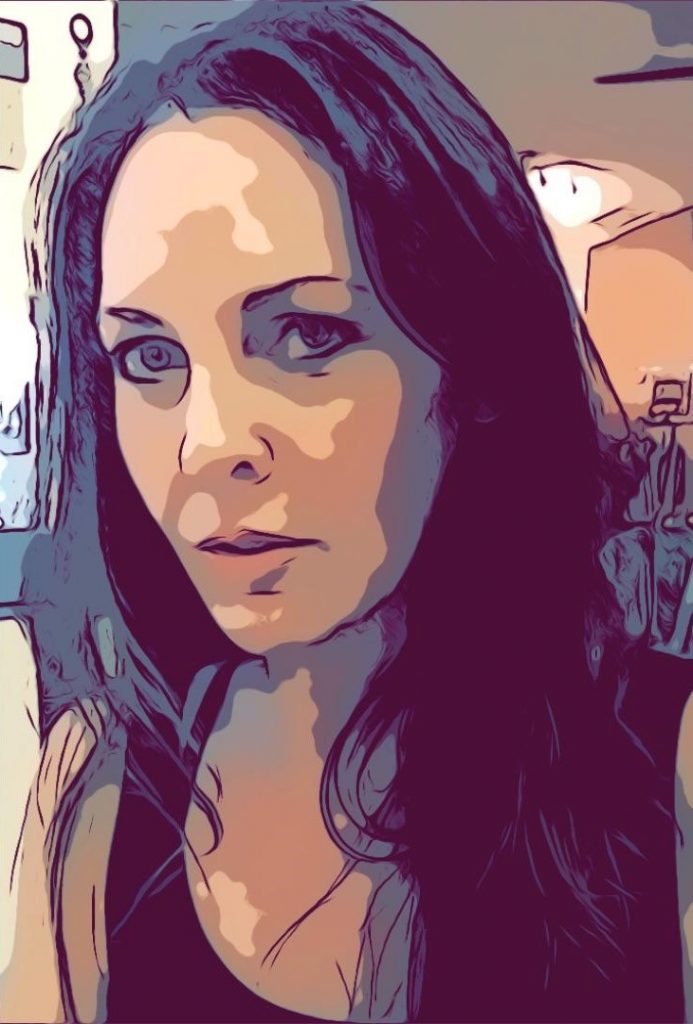 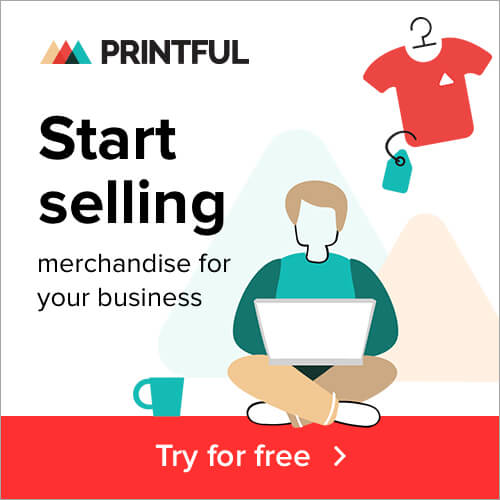 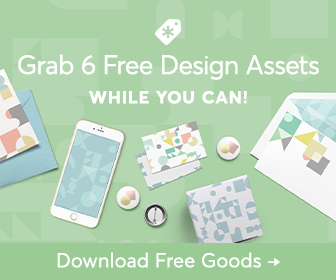