…is a terrible thing to waste.

I watched the movie “Divergent” a while back, and just caught parts 2 & 3 recently.

The trilogy wasn’t exactly known for being box office hits. And actually, if I’m not mistaken, each movie received less than stellar reviews and ratings.

But as far as I’m concerned, there was a message to these films – and that message is this:

The bravest among us don’t fit into any specific mold.

They think for themselves, see things others are unwilling (or unable) to see…and they usually get a lot of grief for being different.

Now that’s not to say this goes for everyone who doesn’t fit in. I’m well aware there are some seriously disturbed people out there who also don’t fit in, but that has more to do with them having a lot of problems as opposed to being something of a “seer.”

In a world filled with those who belong to a group, think as others do and adamantly believe their beliefs…being someone who truly thinks for themselves is brave – and rare.

So the question then becomes, “if we see things in the world and in our lives we don’t agree with, what do you do about it?”

I say, learn to distance yourself from what you’re observing (become an observer). That takes some work…and although you’d have to be consciously conscious, it can be done.

It requires an independent mind…and nothing less.

An Independent Mind Is a Terrible Thing to Waste

It’s tough to think for yourself when you are surrounded by the ideas, opinions, beliefs and behaviors of others.

In fact, it seems as though it’s just about impossible.

That’s not because it really isn’t possible. It’s just that most people don’t even know how programmed they are. It doesn’t make anyone bad or wrong. All it means is that our reality has been engineered, and we are the ones who are part of the engineering process.

See, everywhere you look, you are being told a story, sold a concept or feeling pressured to want to fit in.

Let’s face it, no one likes to be isolated unless it’s a conscious choice on their part.

So to avoid the pain of loneliness…or perhaps to resist conflict, we humans tend to want to stick together.

And that’s not necessarily a bad thing in itself.

Personally, I don’t think there’s anything wrong with wanting to feel connected to like-minded people – for growth, comfort, and security.

I do, however, feel it’s a terrible idea to immerse oneself with group thought, and I see more of this than just about anything else.

You lose yourself – and it happens so easily. The conditioning begins the moment you are born.

You are plunged into environments filled with thought projections stemming from others. You are directed toward what to learn, what to believe and how to be.

You think you’re thinking clearly, but it’s really nothing more than being part of a collective system that controls your mind, your beliefs and ultimately, your life.

How to Become an Independent Thinker

I had mentioned earlier that the initial stage of this “skill” involves being an observer.

A lot of them.

And you may not get answers right away either (although you want them immediately). That’s the sucky part of this whole thing. And when you live in a society filled with people who want what they want when they want it (like yesterday), along with facts, scientific proof and the security of being “right”, being in limbo with belief systems seems pretty undesirable.

But having an independent mind means you may have to be OK not knowing things for a while. More than anything, it’s more of a deconstruction process. It’s the dissolving of those hard set belief systems you’ve undoubtedly grown up with.

That, from my experience, was the key to beginning this journey.

When you observe the world around you, but more importantly, the world within you, it helps to do this from a place of neutrality. It doesn’t mean you don’t have feelings or you don’t feel your emotions. It just means you suspend them for a little while…long enough to witness what’s in front of and inside of you.

Your relationship to your environment, your memories, your teachings and how things seem to be playing out are aspects of the programming you and everyone else were born into. How you perceive the world is a result of the way you were brought up, the way you were taught and your interpretation of everything around you.

Let me ask you this:

When you’re out and about, running your errands, and taking care of your day to day tasks – what do you see?

I’ll give you some examples of what you’re surrounded by most of the time.

I could go on.

And then, of course, with the information age advancing on its mind control techniques, you are bombarded with stories, mostly mainstream, telling you what’s going on in what I would only call a heavily engineered world filled with “leaders” who honestly couldn’t give a rat’s ass about you, your family or your life.

Well, except when they need your vote, that is. And don’t think there’s a difference between the two major parties in the world of politics either. They are two wings of the same bird. Regardless of the flight plan, the destination was pre-determined a long time ago.

So the moral of the story is…

You may think you’re thinking for yourself, but in all likelihood, you aren’t.

You are a walking reaction to the programming you’ve been fed throughout your life, starting from day ONE.

So What Does This Mean?

It means you probably aren’t an independent thinker.

And that’s nothing to be ashamed of. It’s normal. It makes you like most everyone else out there.

It doesn’t mean you’re bad. It just means you haven’t become conscious of your own unconsciousness.

Perhaps, until now, that is.

Look, if you’re a first time visitor – or even if you’ve been here before, please don’t think I’m being condescending or judgmental. I (probably) don’t know you – and this may not even pertain to you. Maybe you’ve figured this out already through your own awakening process…and if you did, fantastic. Then you get what I’m talking about.

I’m also not up here on some high horse thinking I’m all enlightened or something.

I’m just a regular human being who for most of my life, didn’t know what I didn’t know.

And then one day, I watched this world deconstruct before my eyes – and everything I had ever thought to be true suddenly wasn’t.

It was strange, but I’m glad it happened.

I had to ask myself what was true, since I had finally come to innerstand that everything I had ever been taught was someone else’s idea of what was real, what was proper and what was right.

Did this mean that my entire life was a lie? That absolutely everything I had ever known was false?

All it meant was that I had been right to question things in the past, even if I didn’t have anyone around to answer them with total, unbiased clarity. It also raised the question:

If I now no longer blindly believe my previous beliefs, then what do I believe?

The answer that showed up was…

That’s for you to discover, in your own time – and without being in a hurry.

Since then, I’ve gained a sense of what it means to have an independent mind, and I practice it as often as possible, even though it isn’t always easy since I’m immersed in the same constructed world that you’re in.

So while we continue to exist and operate in this construct, it helps to learn how to navigate in what feels like two different worlds.

To do this without losing your sanity, it’s a good idea to free your mind, and then (and only then) start to interact with society from a place of observation and deliberate action instead of blindly becoming entwined with your environment and becoming of it…

…instead of living in it.

Someone with an independent mind:

Is what the world needs!

Don’t be Afraid to be Different

But don’t be fake about it either.

You see all sorts of people doing everything they can be to “be different”, but what they’re really doing is trying to be someone by rebelling against the pain inside of them from not fitting in. I can assure you that true independence isn’t about the ego (identifying with the personality).

That’s not having an independent mind.

That’s being a walking emotional reaction to feeling like they don’t belong. Nothing is pure from that place. It’s tainted with emotional wounds…and independent thinking is about facing those wounds – those shadows within us and bringing them to light, questioning them, dealing with them consciously, and becoming whole.

Which could take a lifetime, maybe longer.

But what’s the alternative?

Belong to a group and not know you you really are?

Or perhaps, being brave enough to admit what you don’t know, ask questions and be willing to live in a state of non-belief (while following the golden rule of “do no harm”, of course) while you walk the path of the road less traveled?

I hope, if nothing else, you got something interesting out of what I’ve shared today.

You don’t need to agree with me. In fact, I’d rather you investigate all of this for yourself.

Just consider that what I’ve said here may have some merit.

And if you happen to like this message, I’ve created a set of tops in several styles and colors at my teespring store.

Feel free to wear it loud and proud (like I do) 🙂 Thanks for reading – and if you have some thoughts you’d care to share, feel free to comment below.

And if this message resonates with you, check out my book, “Choose Awareness: How to Free Your Mind and Become Your Own Guru” where I’ve expanded on everything I’ve said here. Available on Amazon, Barnes and Noble and other online book retailers. 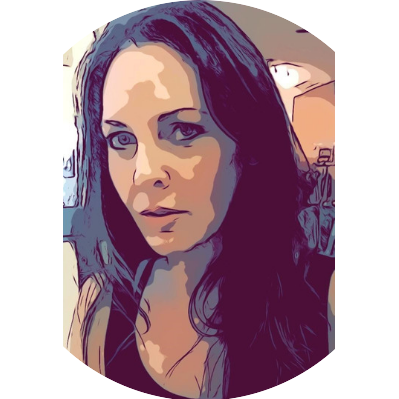